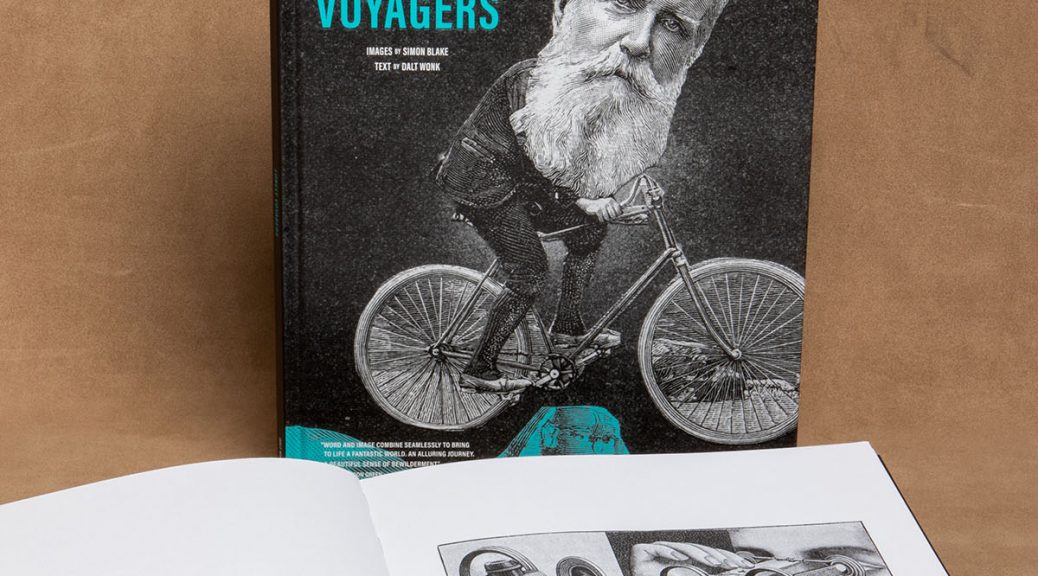 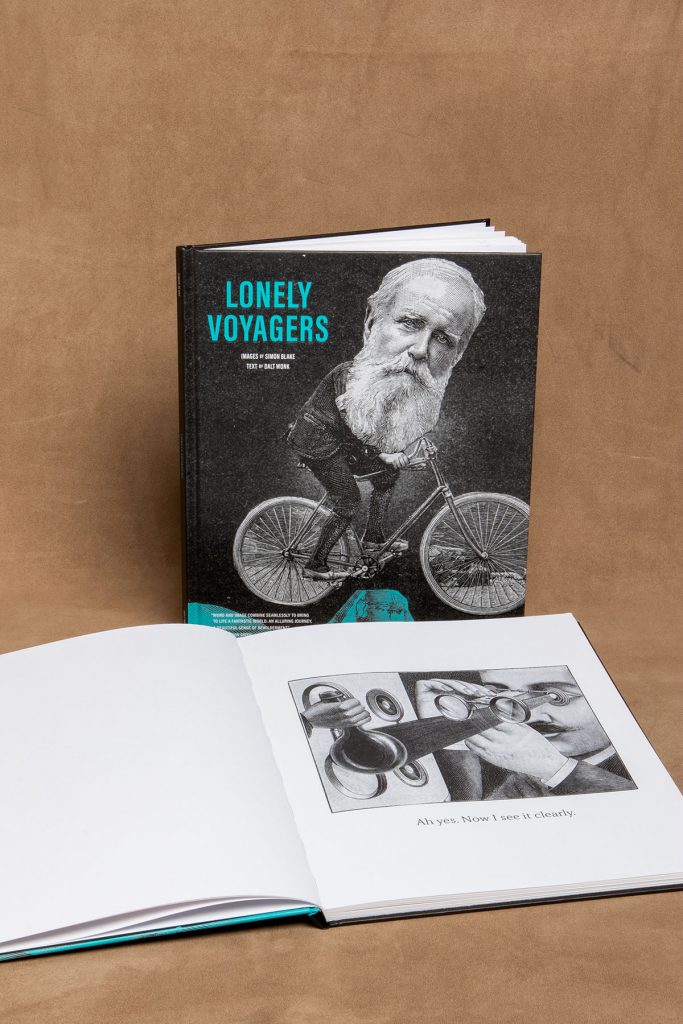 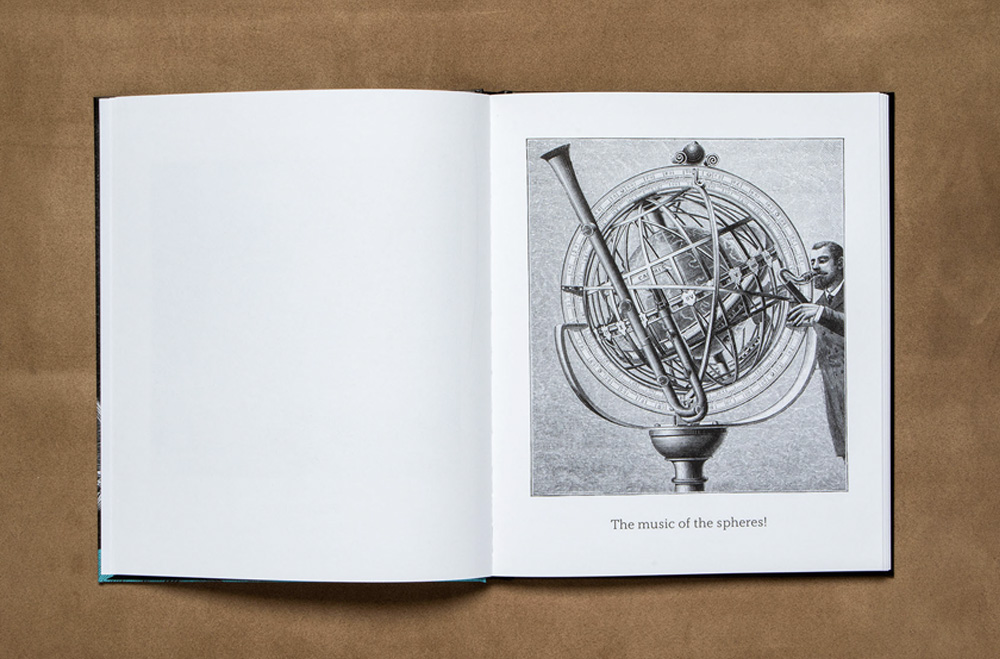 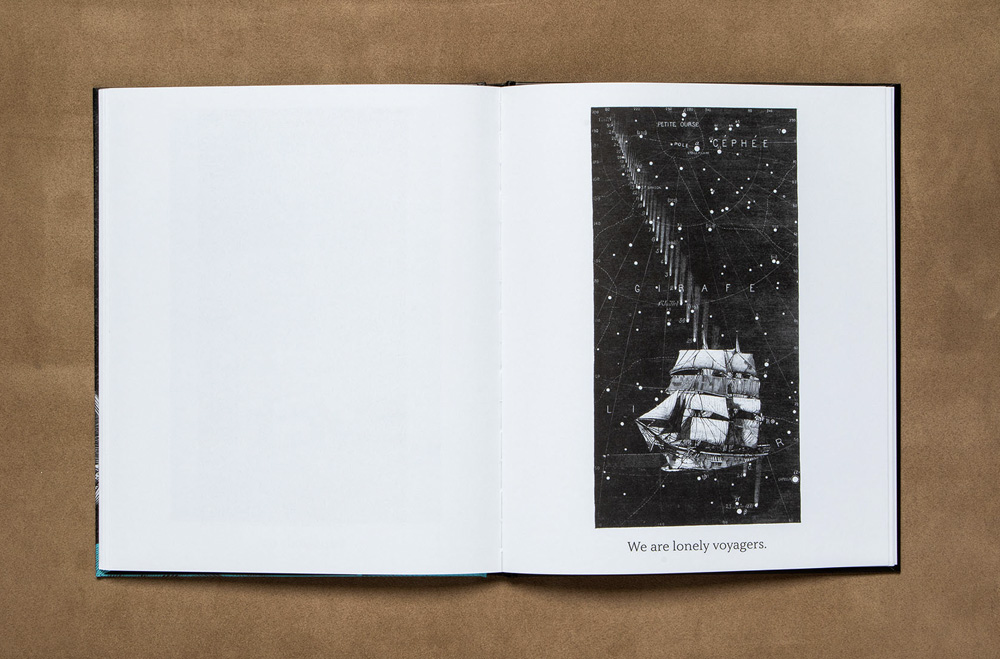 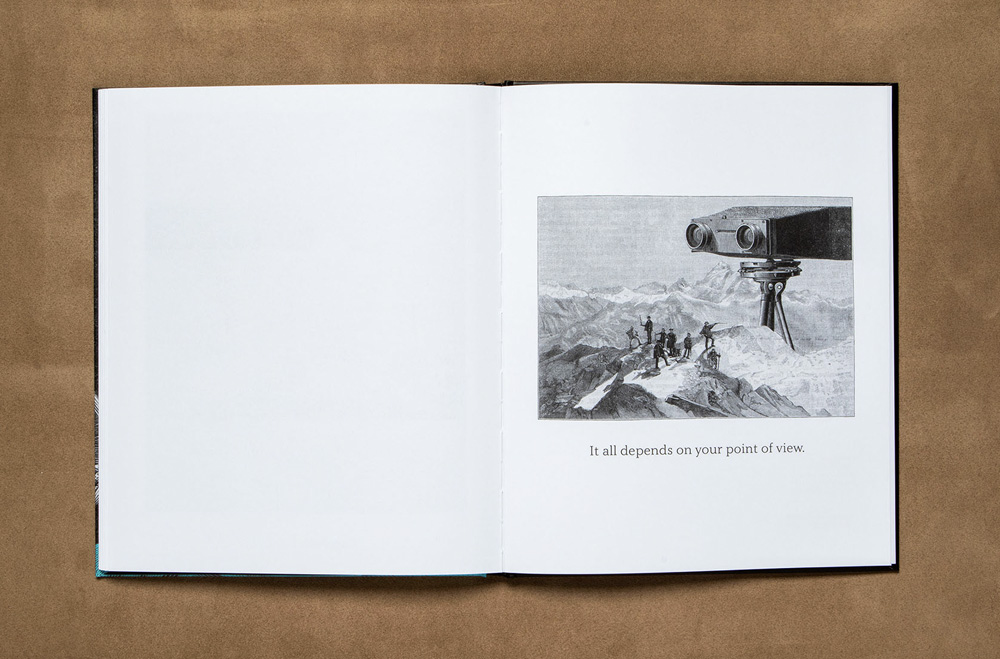 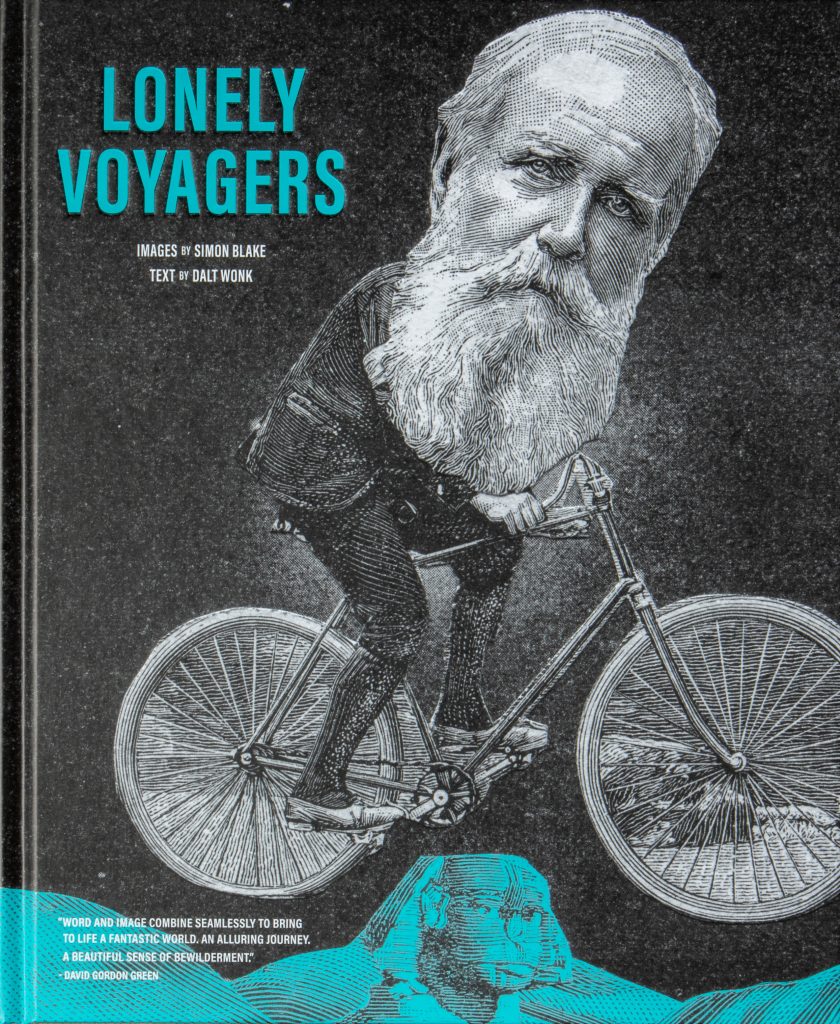 LONELY VOYAGERS
A new book with images by Simon Blake and text by Dalt Wonk.

Luna Press is proud to announce another beautifully produced book, Lonely Voyagers, with images by Simon Blake and text by Dalt Wonk. The book features Blake’s collages that are assembled from images taken from “La Nature”, a 19th century French magazine. Blake meticulously dissects the illustrations from this magazine with carbon scissors and surgical scalpels. He then pastes these pieces together to form new original imaginative pictures.

“Word and image combine seamlessly to bring to life a fantastic world. An alluring journey. A beautiful sense of bewilderment.”
—David Gordon Green

Dalt Wonk is a writer of plays, poems, and fiction. He lives in New Orleans, which has inspired many of his works – such as French Quarter Fables, The Riddles of Existence, and his children’s book, The Laughing Lady (all of which he also illustrated). His plays have been produced in New York, London, Munich, San Francisco, and elsewhere. He has collaborated with R&B musician Charles Neville (of The Neville Brothers), and jazz composers Alvin Batiste and Julius Hemphill (of the World Saxophone Quartet). Wonk taught creative writing to maximum- security inmates at the Orleans Parish Prison, and was drama critic for Gambit Weekly and WWNO, the New Orleans National Public Radio station.

Simon Blake is a renowned mixed-media artist who works with film, graphics and animation. Originally hailing from London, he has designed titles for feature films, collaborated on major projects for the BBC, and directed commercials and short films with many leading American and English companies. His imaginative, witty collages are sought by collectors and are available as prints as well.