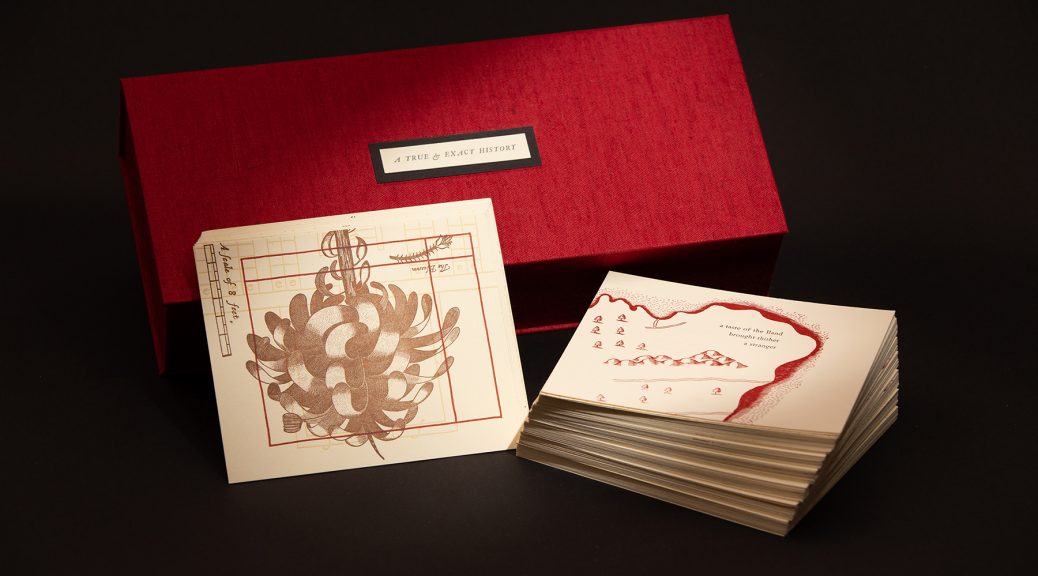 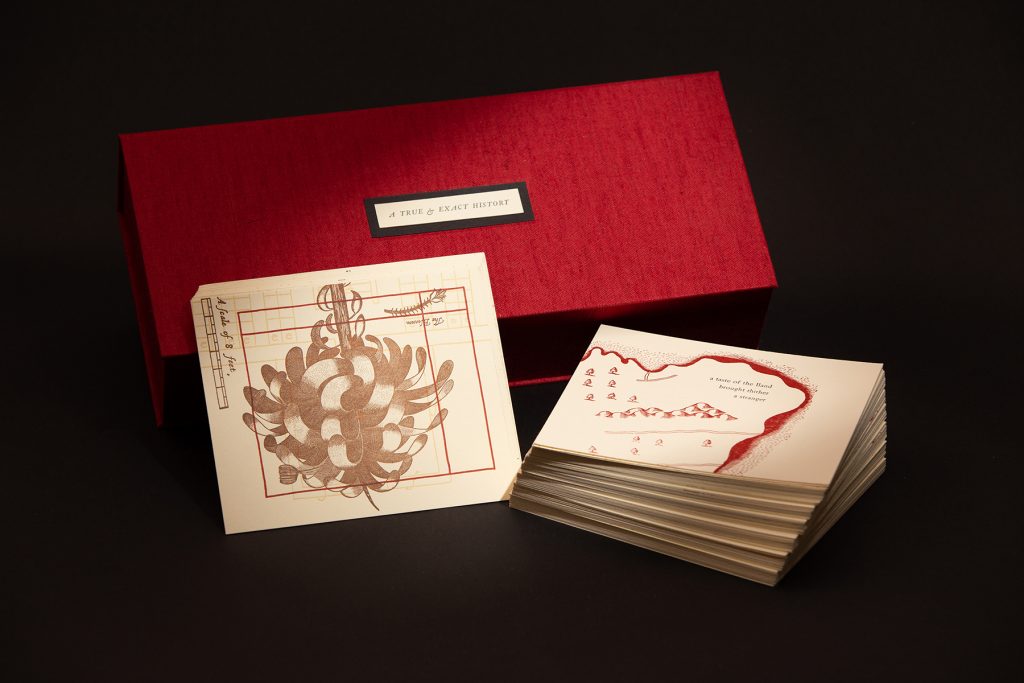 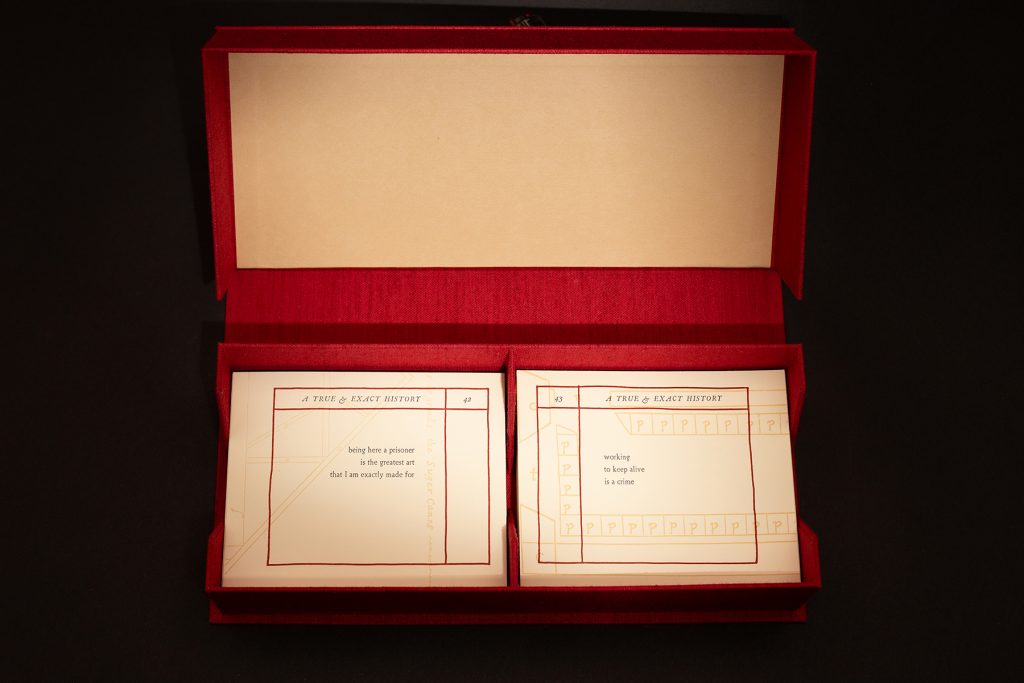 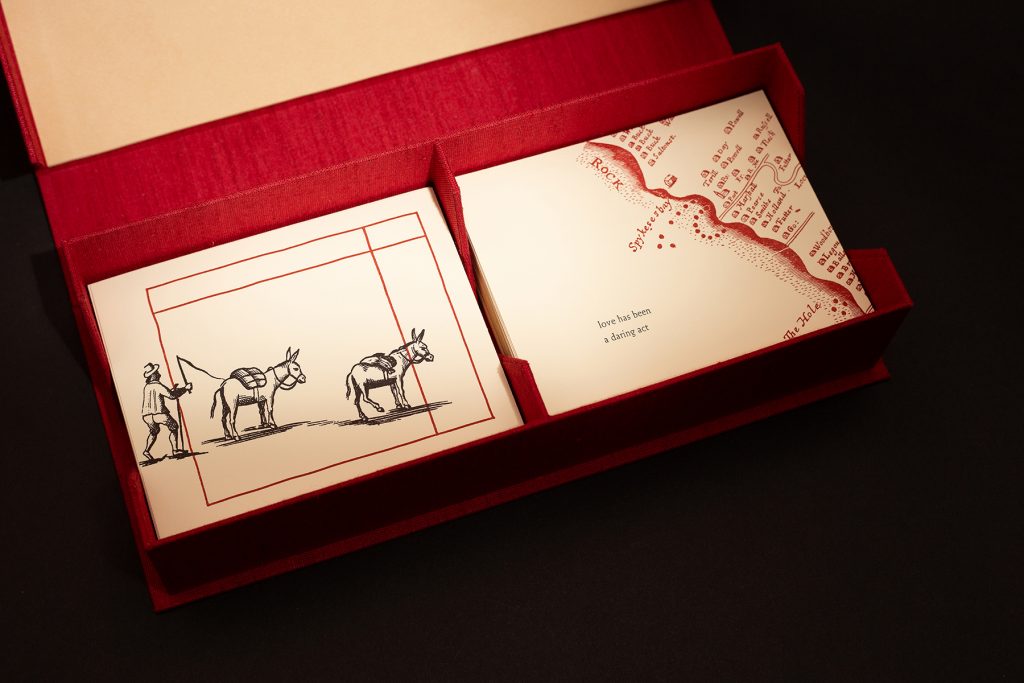 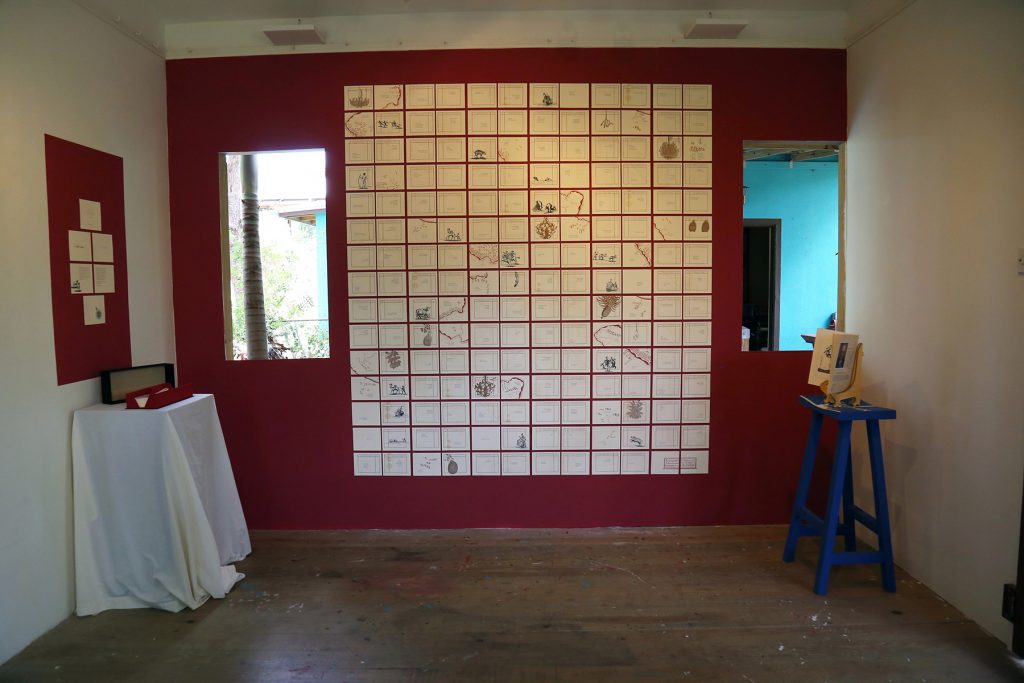 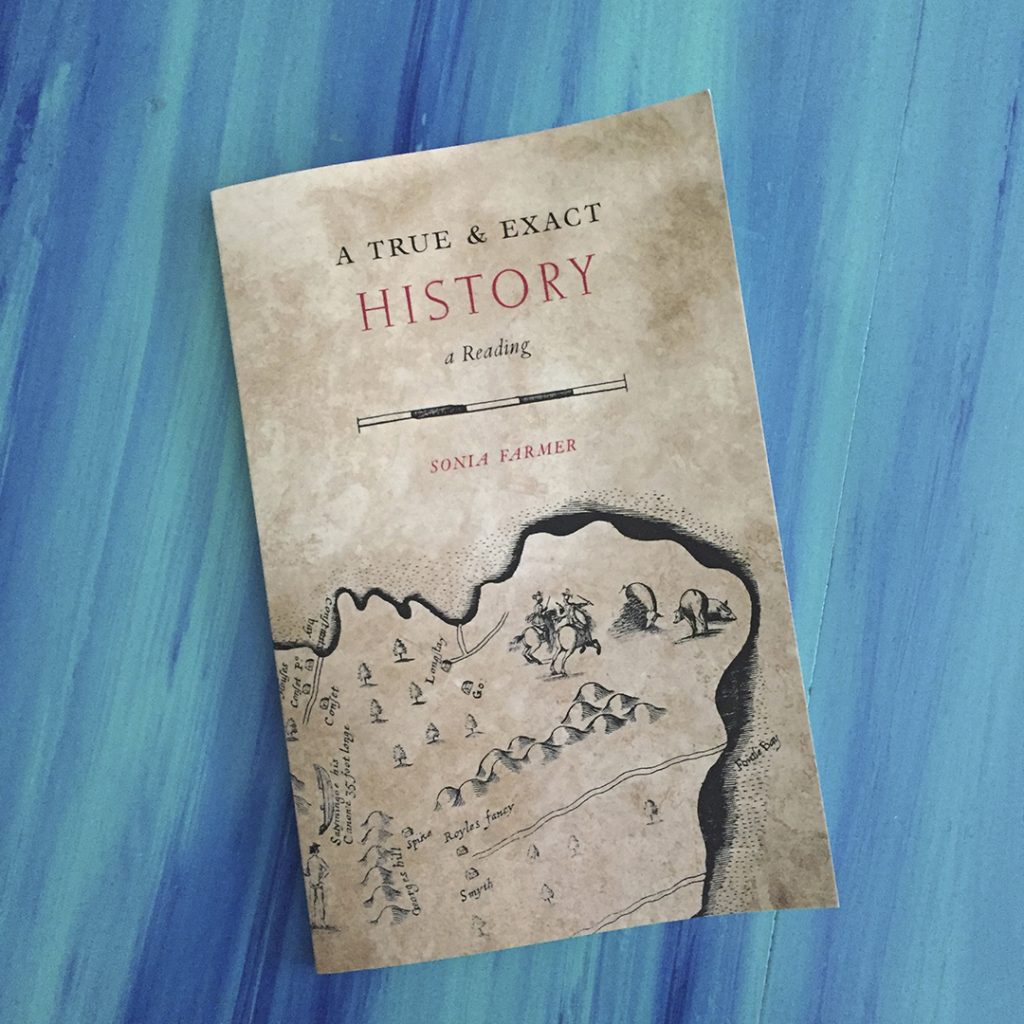 My artist’s book A True & Exact History (Poinciana Paper Press, 2018) is an erasure of one of the most formative descriptions of the English Caribbean in the seventeenth Century, Richard Ligon’s 1657 guidebook, A True and Exact History of the Iland of Barbadoes. Using the language, imagery, and thematic drives at the core of this text to disrupt the teleology of colonial Caribbean history, these unbound poetic fragments scattered among a shifting landscape simultaneously re-create and resist narrative as a device of cohesive history, ultimately calling into question what it means to write “a true and exact history” of anything. Untethered to linearity or structure, the book exists in multiple formats and arrangements, guiding the audience as “explorer” to consider their positionality and complicity in this problematic narrative.

This project began at a writing residency at Fresh Milk, an art platform in St. George, Barbados, where I encountered Ligon’s book through their Colleen Lewis Reading Room. With accompanying illustrations such as botanical drawings, architectural plans for a sugar mill, and even a fantastical topological map, this book is one part guidebook, one part candid travelogue, another part serious natural history, and yet another part business manual. The text to this day remains a paradoxical and problematic narrative, enduring through the sheer luck of Ligon’s arrival during the early years of the sugar trade that gives historians today a glimpse into the way Barbados was transformed economically, socially, and physically during the transatlantic slave trade. Indeed, since the landfall of Columbus, the Caribbean space has been and continues to be shaped and defined by the voice of the visitor who makes himself the protagonist of spaces occupied by other bodies, voices, and stories. As a person from the Caribbean, my poetic erasure of Ligon’s book explores my preoccupation with the single Caribbean story, using erasure as a tool of disruption to investigate this existing narrative, question its inherent power structure, and make room for other marginalized voices.

Scattering Ligon’s language and drawings across letterpress-printed “pages” on a shifting grid, A True & Exact History challenges dominant ideas of voice, gaze, space, and ownership in the ever-elusive idea of “paradise.” As a book, a map, a collection of postcards, and a performance, A True & Exact History presents multiple terrains for the explorer. They can engage with the narrative linearly in its handmade clamshell box, flipping the pages between its two compartments, or rearrange the pages removed from the box into their own narrative. The audience can also drop into the narrative at any point as they encounter the pages mounted into an 8’x 8’ grid on the wall, like a gigantic map. Finally, they can read a script in the form of a print-on-demand booklet, and hear a reading of the poem by eleven distinct voices that inhabit and exchange the threads of these dispersed narratives. Ultimately, this project holds little reward for the “explorer.” Just as its multiple formats resist a “true” or complete form, this dismantling of language and of space has no ultimate intention of reconstruction— the very unsettled result is actually the desired result, because it is the state closest to the greatly unsettled space of the Caribbean. When we subvert the locus of power and privilege in this linear narrative, we can explore history as an intersectional, dispersed, and subjective act, one that is present and ongoing. Therefore to resist the idea and motives of what a complete history represents is to recognize how its framework is contextualized into present and ongoing problematic realities of Caribbean identity and geography.