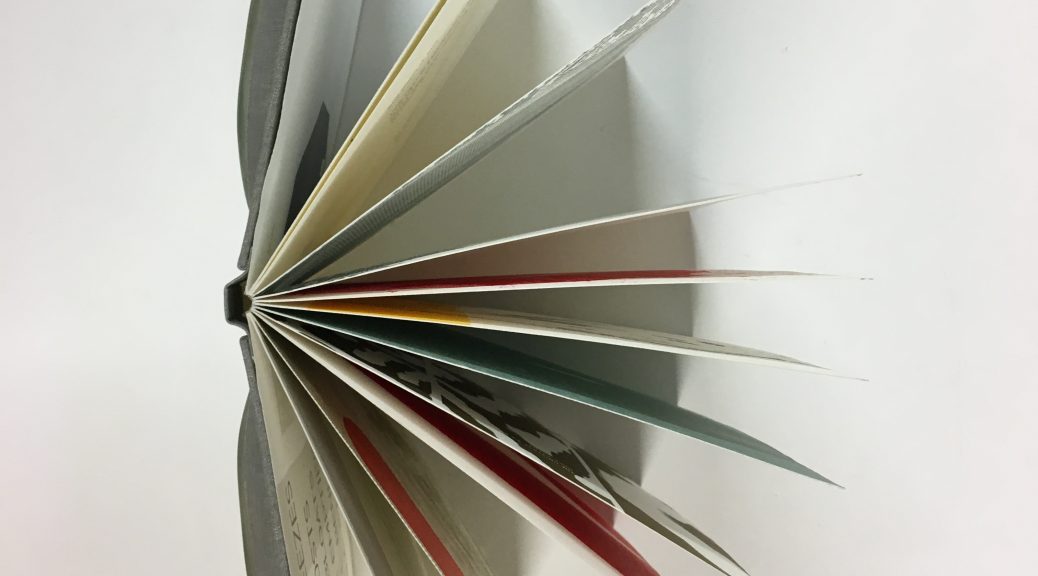 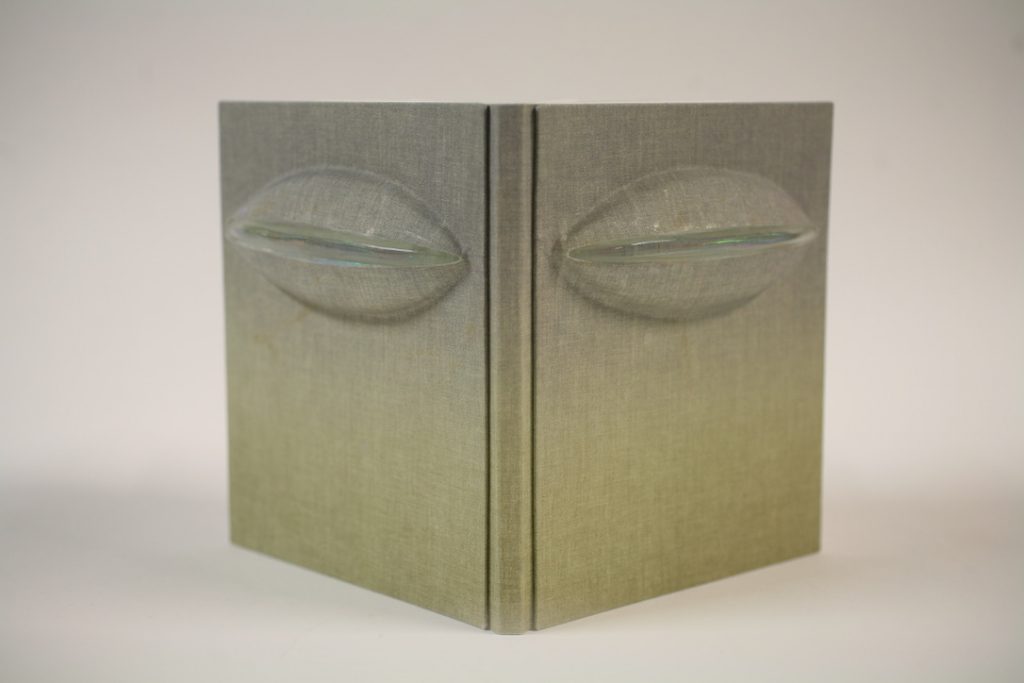 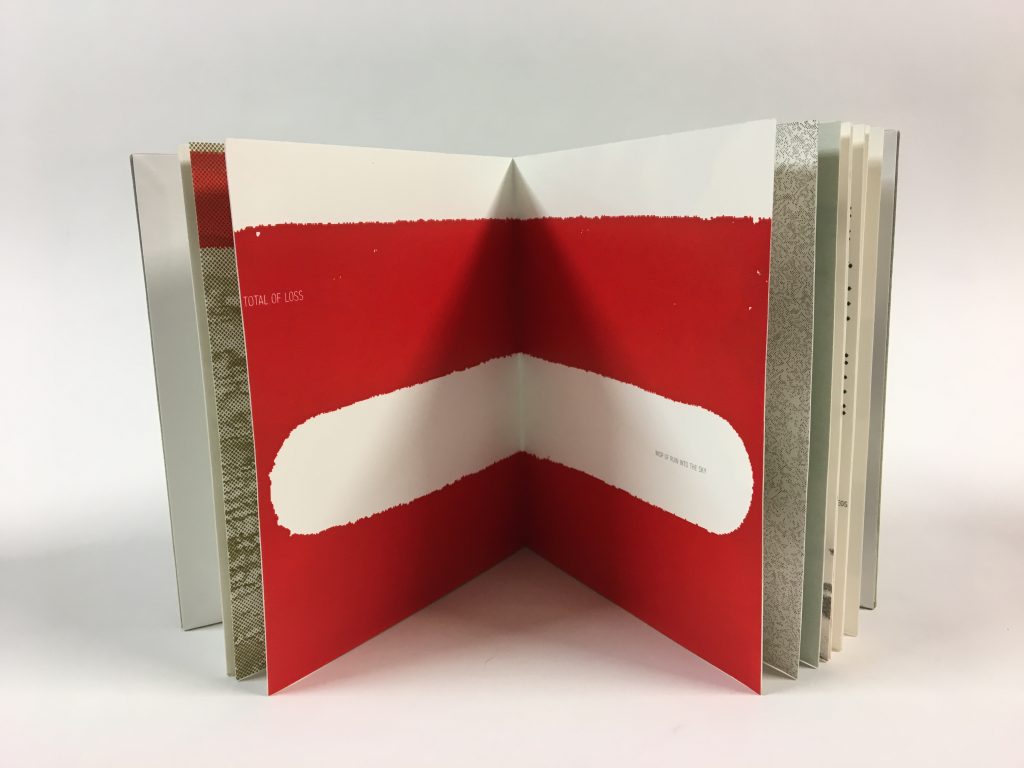 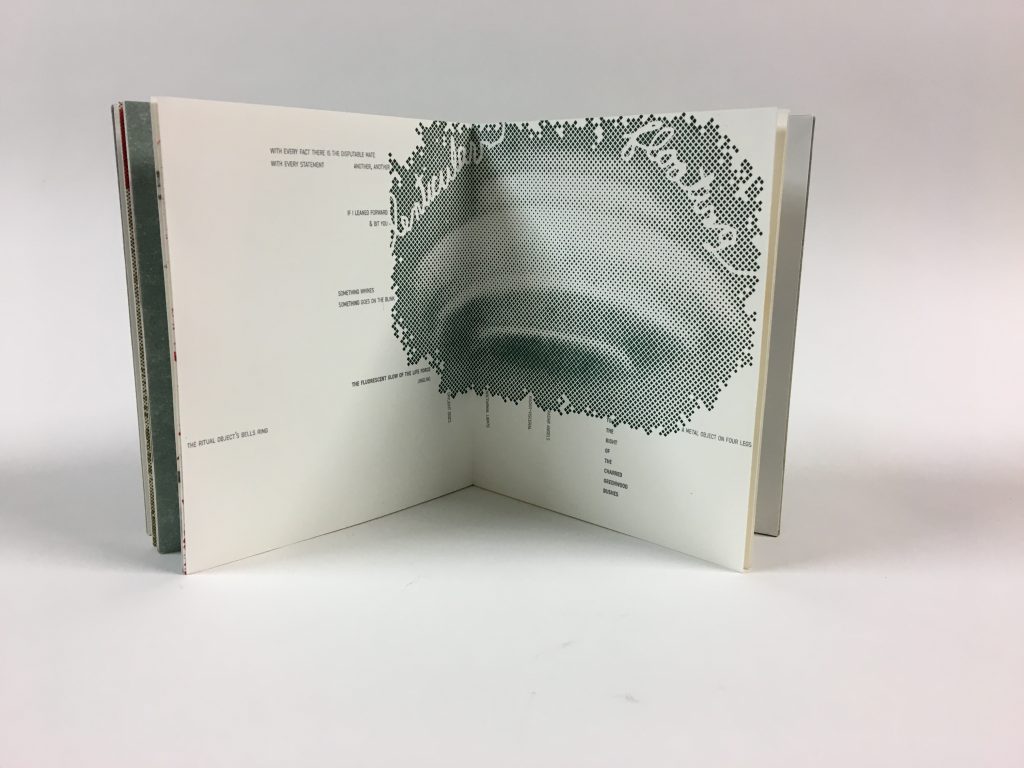 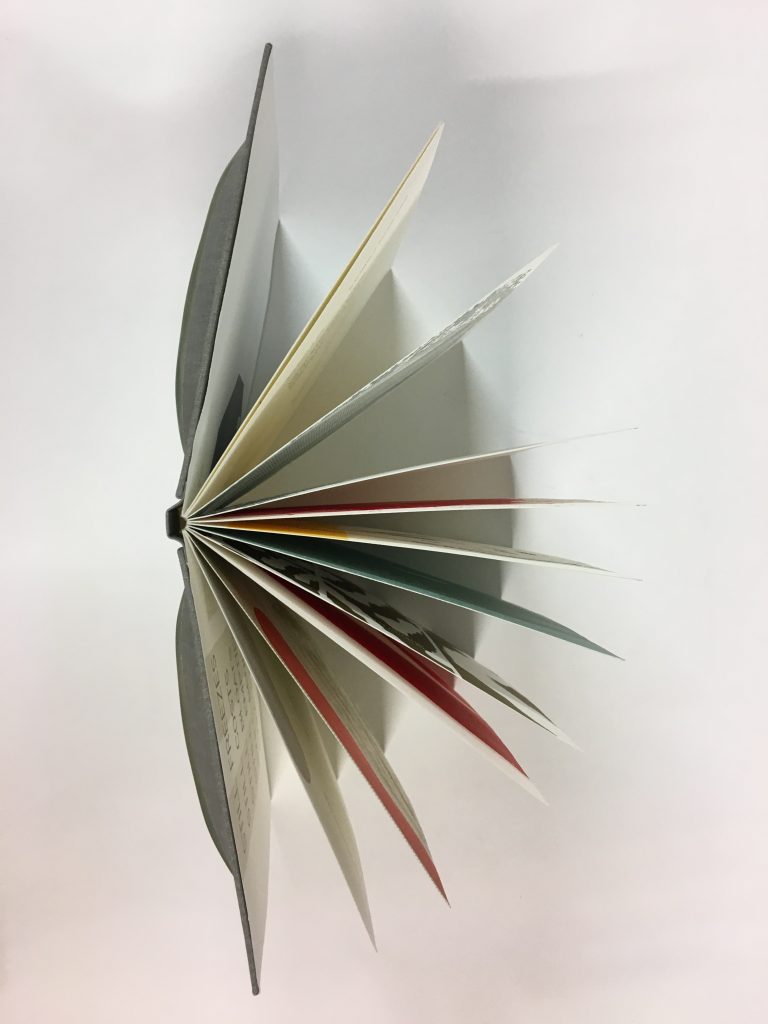 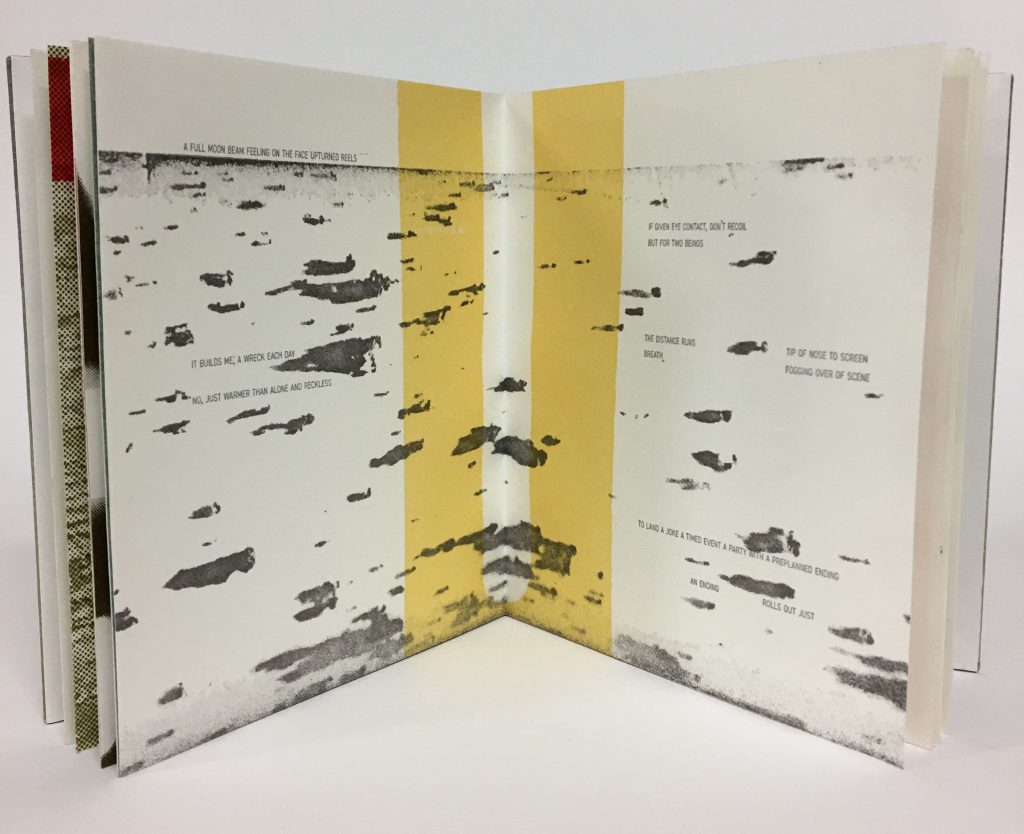 Unidentified Found Object Song is an artist book that draws on published documentation of unidentified flying objects (ufos) and other alien phenomenon to create a mysterious visual/reading encounter. This book exists on the edge of visual and textual logic, taking recognizable objects and elements of landscape and defamiliarizing them through digital manipulation, unexpected color combinations, and isolation from context. Each spread contains a vaguely-familiar visual mystery letterpress printed in colors from saturated reds and golds to transparent violets. There is sidewalk cheese, lenticular clouds, and a landscape of crumbs. There is reassurance that what the reader/viewer sees is in fact real. The book ends with a silver landing. The text in the book, densely lyric and fragmented, follows a through-line voice that affirms itself as Transcriptionist, Jokester, Witness. Inspired by ufo research, including Allen Hynek’s Project Blue Book, first-hand alien encounter documentation, and photos, diagrams and sketches from reported sightings, UFO Song seeks to open up a playful space within the conversation about believability and the shifting nature of truth and understanding. This artist book posits that creating a book-art-reading experience which captures the concept of making familiar things alien could lay the groundwork for larger cultural acceptance of an individual’s distinctive, strange, real, or imagined event.

In American Western culture there seems to be a limited capacity for accepting and crediting people’s unique experiences, especially when they don’t align with the status quo. Although, early written accounts, photographs, or videos of unidentified flying objects or alien encounters were often considered to be hoaxes, the real casualty of many of these encounters is the way that these events jeopardize the integrity of the individual who experienced the encounter. UFO Song presents imagery and fragments of language in a way that challenges the reader/viewer to make connections, draw conclusions, reveling in an unfamiliar sounds and visual sequences, and maybe even expand their willingness to accept the rarest of visions as possible.

The book’s covers bulge toward the head with the shape of an UFO hovering, cast in resin and covered in bookcloth. There is a slit in the cloth exposing iridescent foil, illuminating the spacecraft. The viewer is enchanted by this. There are no revelations as the first spread yawns open, only mystery as text shifts in scale from 42-line Gothic wood type letters to digital all-caps DIN typeface, creating strange object-combinations that float above the horizon in the viewer’s brain. The stiffness of the drumleaf spreads, in combination with the propped covers, asks the reader to handle this book with two hands. A sighting touches on the edge of known experience, glances at the infinite of space and is important for what these sightings reveal about our deep human need to experience mysterious phenomenon.