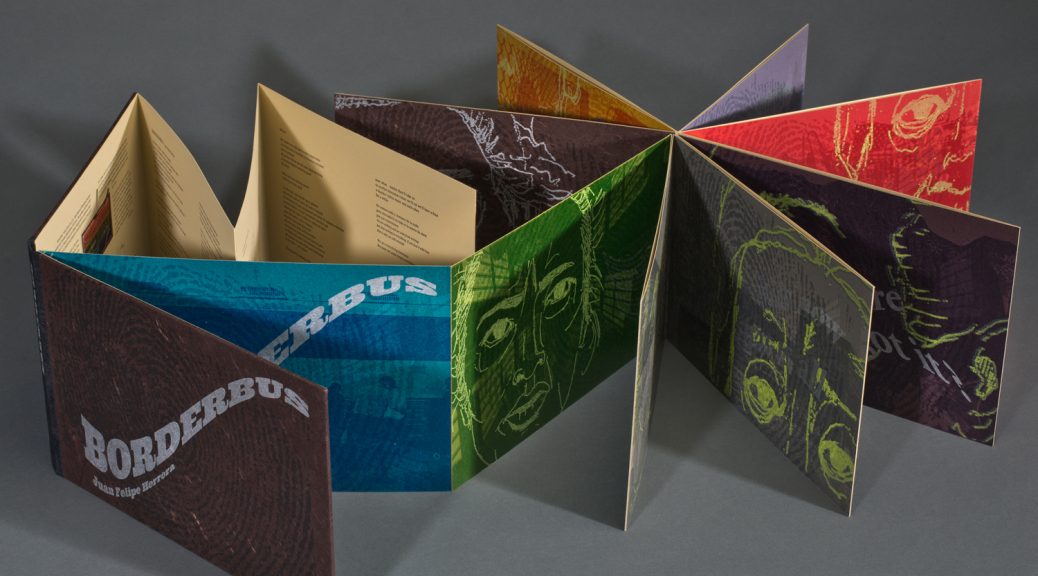 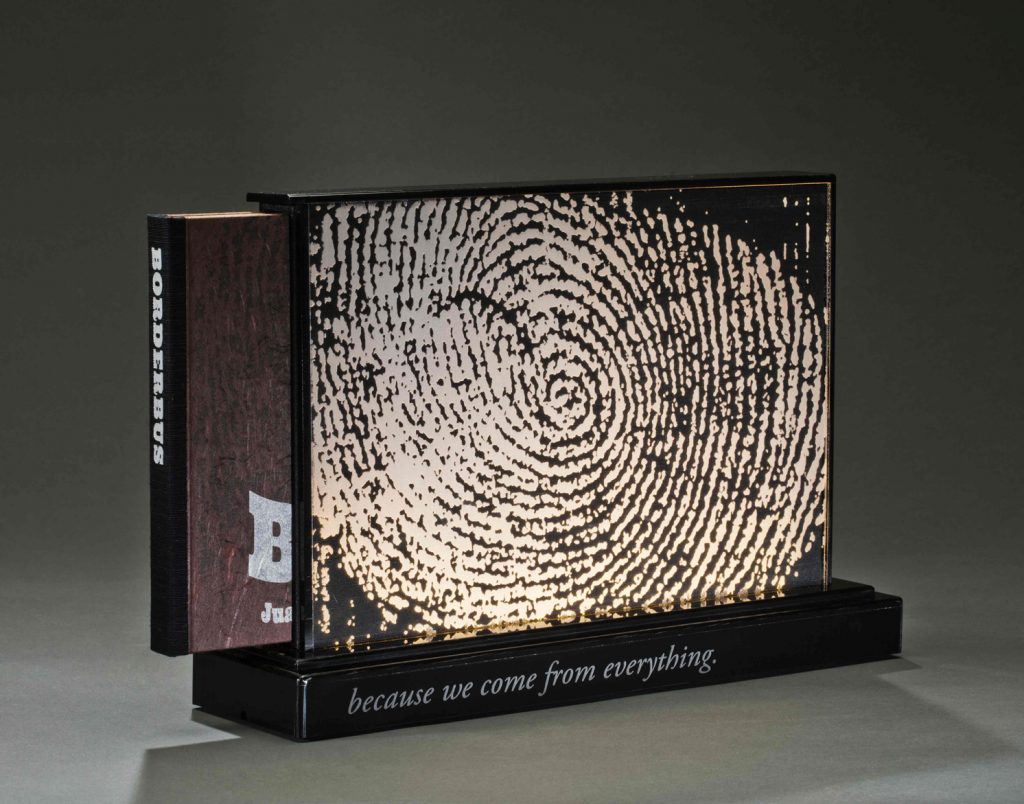 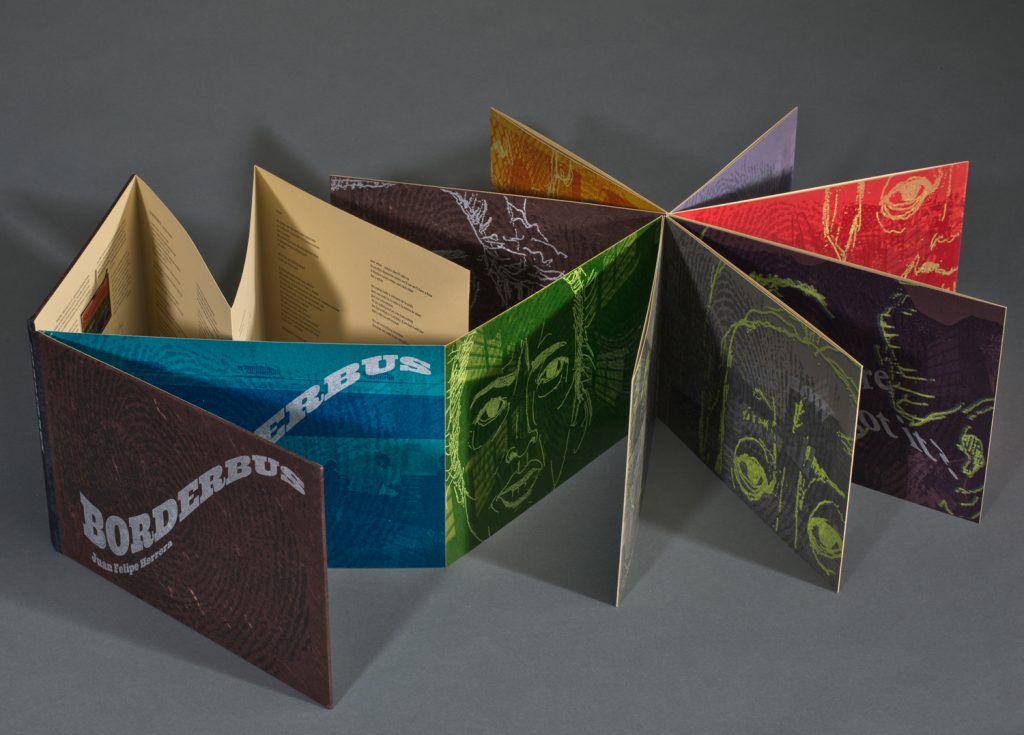 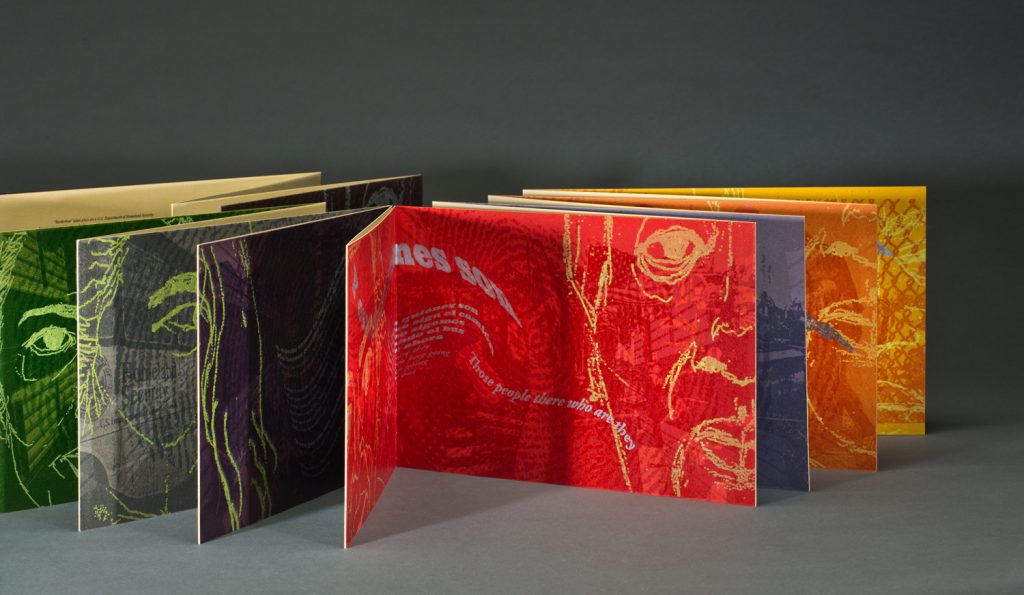 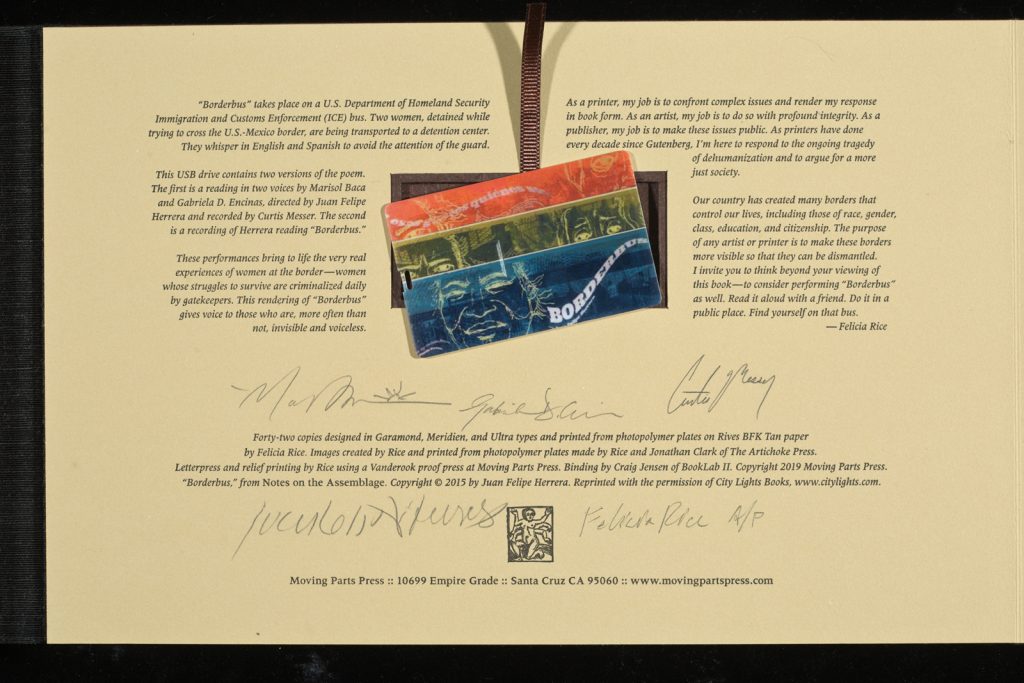 Borderbus takes place on a U.S. Department of Homeland Security Immigration and Customs Enforcement (ICE) bus. Two women have been detained while trying to cross the U.S.-Mexico border and are being transported to a detention center. They speak in English and Spanish, whispering to avoid the attention of the guard.

Two versions of the poem are included here on a usb drive. The reading of the poem in two voices by Marisol Baca and Gabriela D. Encinas was directed by Juan Felipe Herrera and recorded by Curtis Messer. Herrera also reads Borderbus in this recording.

These performances bring to life the very real experiences of women at the border, women whose struggles to survive are criminalized by reactionary gatekeepers every day. This rendering of Borderbus gives voice to those who more often than not are invisible and voiceless.

As a printer, my job is to confront complex issues and render them in book form. As an artist, my job is to do so with profound integrity. As a publisher, my job is to make these issues public. I’m here to respond to national tragedies, to call on all people to claim their freedom, and to argue for a more just society, as printers have done every decade since Gutenberg.

Our country has created many borders, including those of race, gender, class, education, and citizenship. The purpose of any artist or printer is to make these borders more visible so that they can be identifed and dismantled. I have created this book to see the bus and its occupants more clearly, and to understand more than I know.

This is not simply a book to be viewed, it is a book to be performed. Read the poem aloud with a friend. Do it in a public place. Find yourself on that bus. Feel how each life that it holds intersects with another.