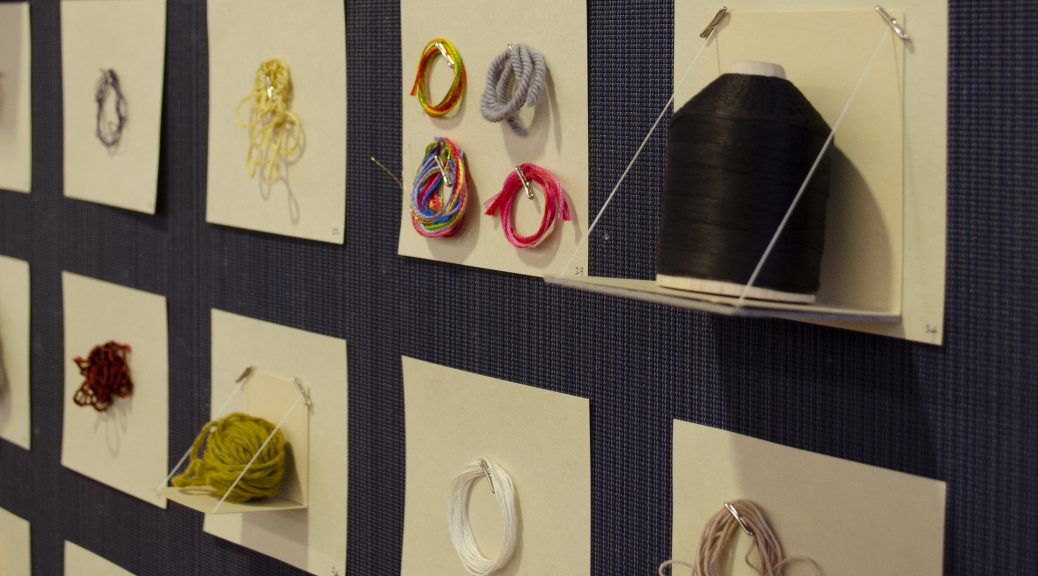 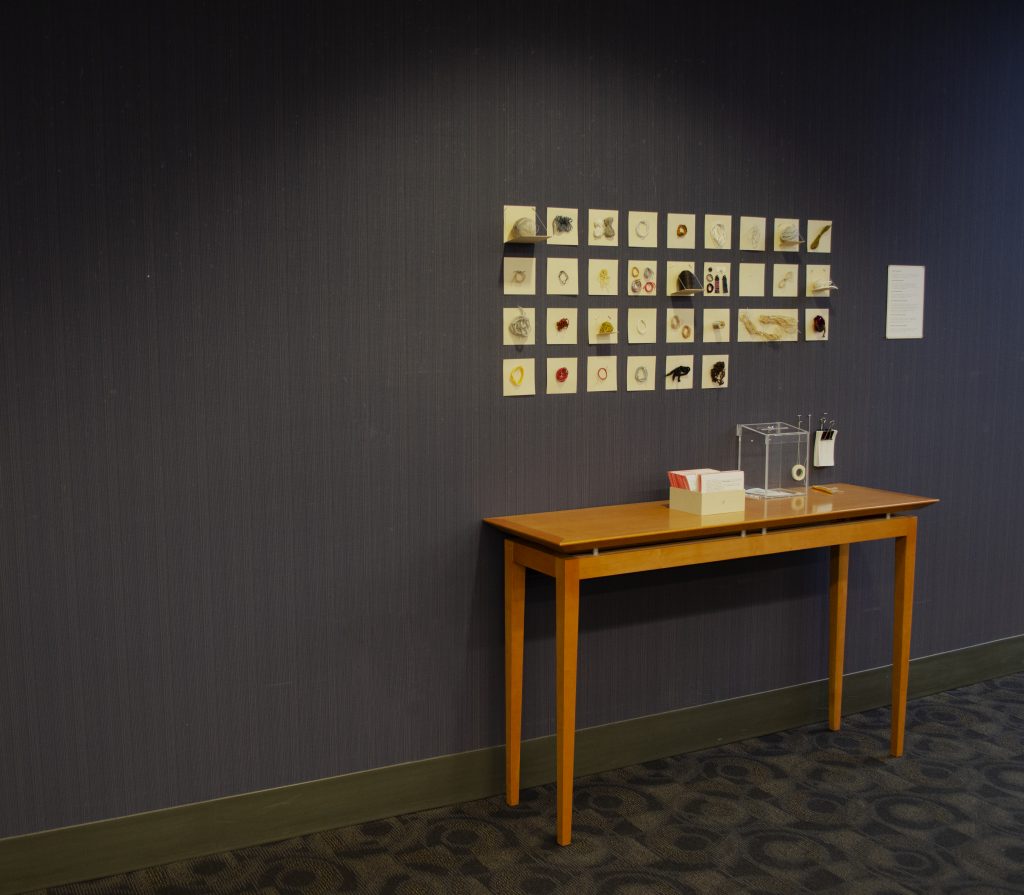 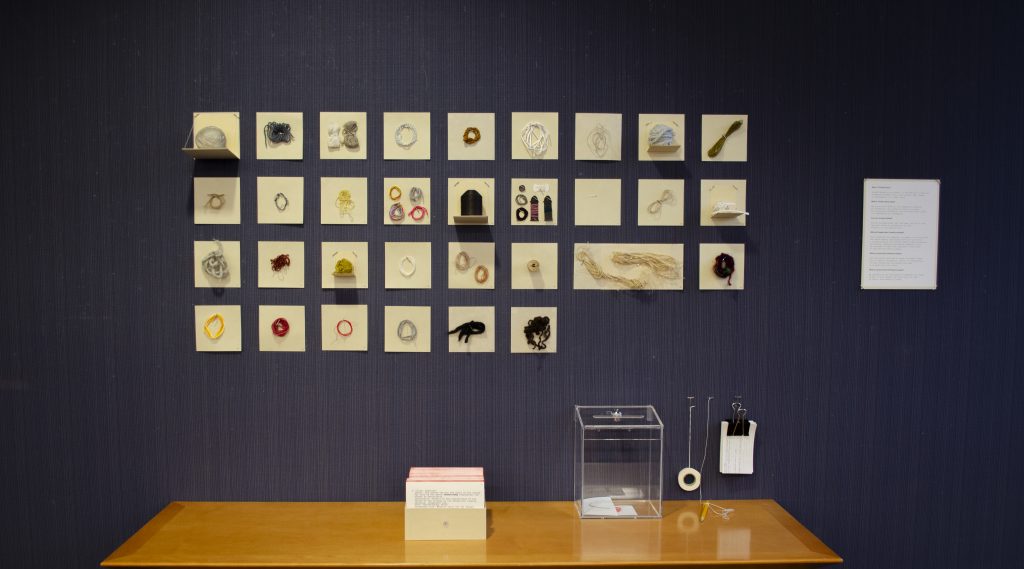 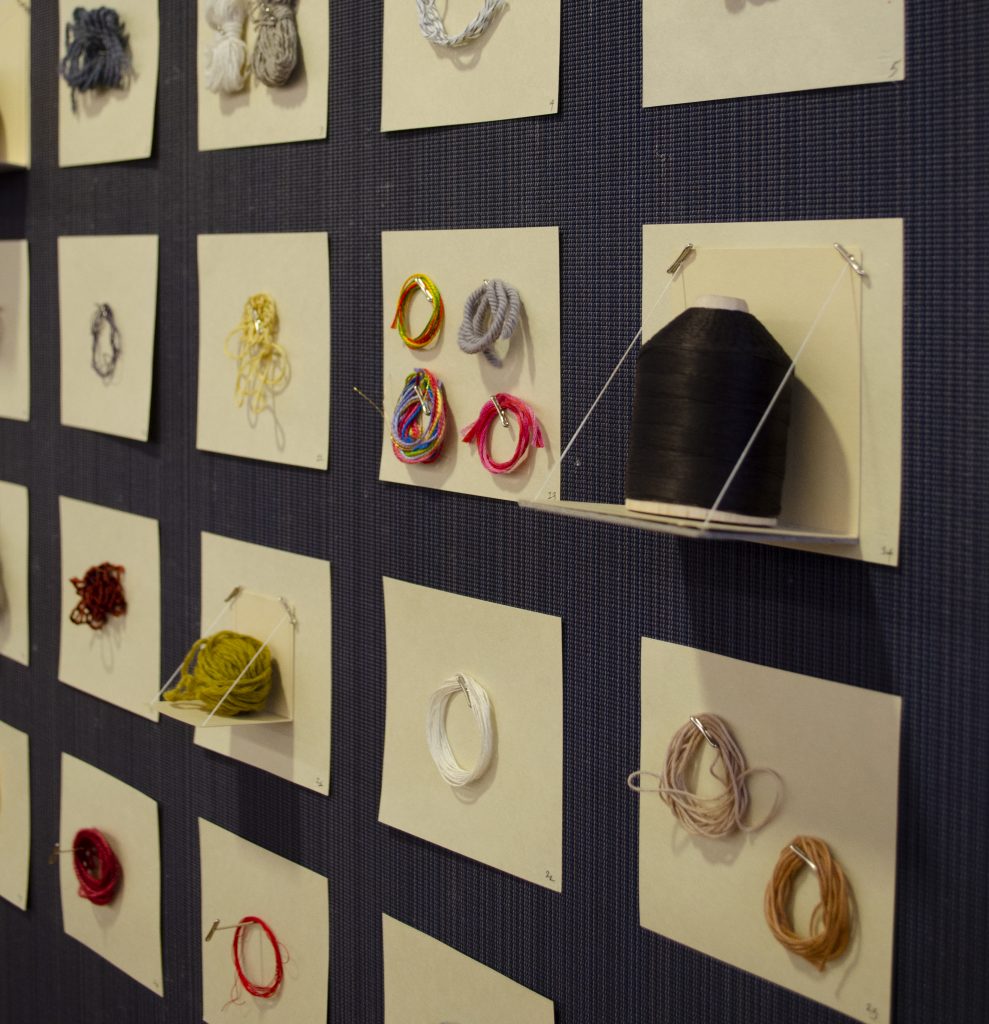 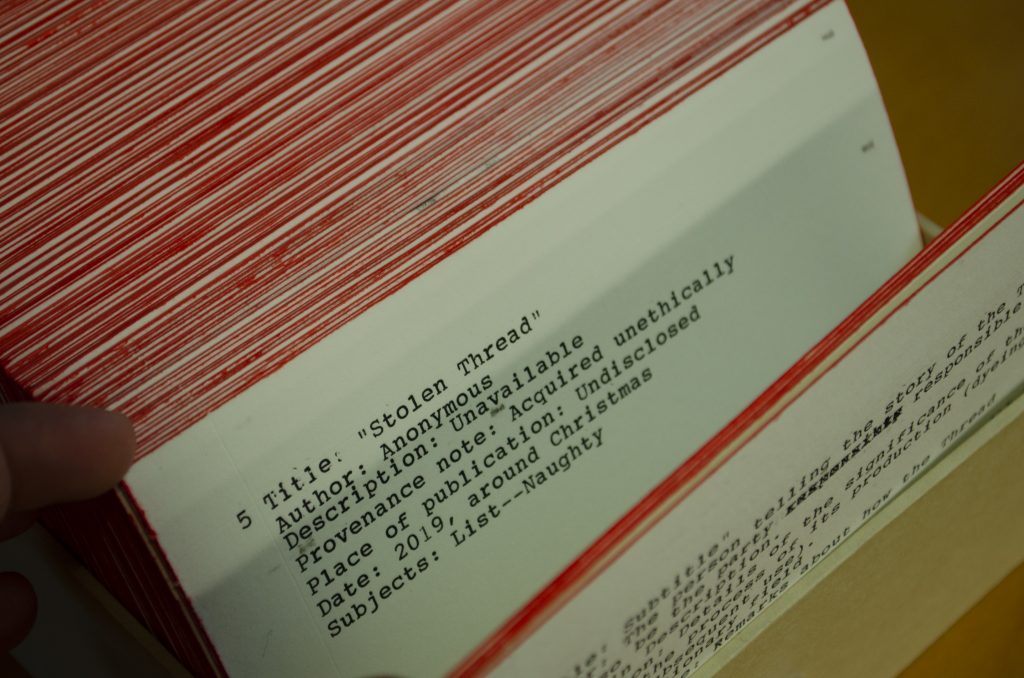 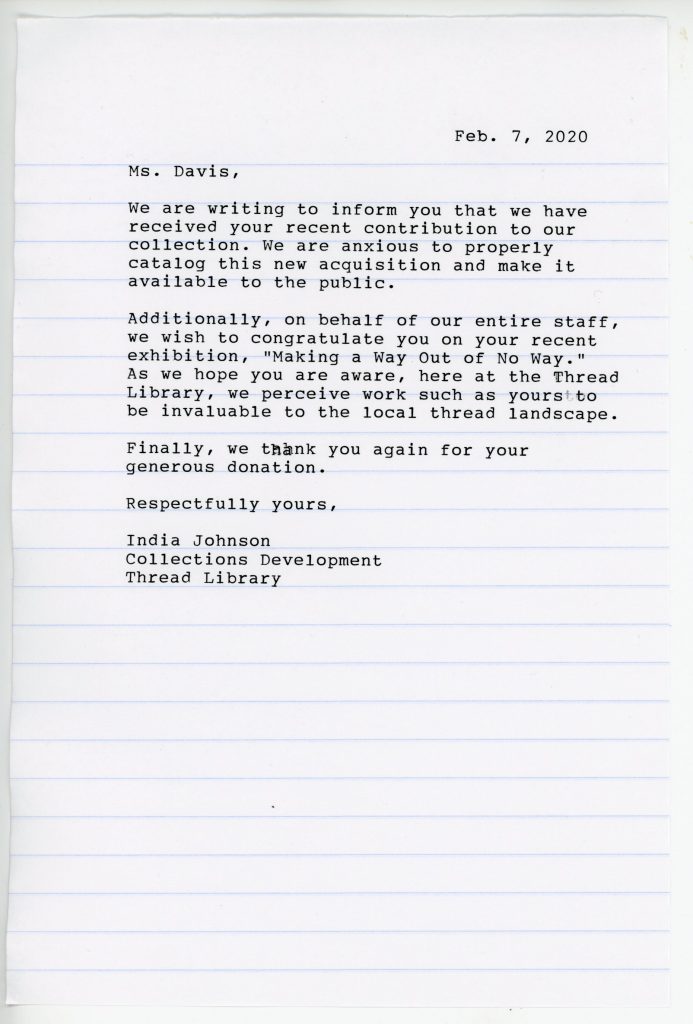 When I installed​ Thread Library​ at Iowa City Public Library, I did not anticipate how quickly the piece would come to extend beyond its physical display. Although I arranged two donation points in Iowa City–besides the public library, thread could also be donated at a local fabric shop–what proved to be most popular with our “patrons” was donation by mail. I responded to all threads donated via post with a letter, one of which is included in the image set.

I include such an image because the correspondence also captures the performative aspect of ​Thread Library​: during artist talks and class visits, I impersonate a special collections curator. In order to seem more like a librarian in an archives setting, I speak in the royal “we,” and appropriate library jargon: at ​Thread Library​, we have thread “holdings,” which are further divided into “collecting areas,” such as regional (Midwestern) thread and local (Iowa) thread: the collecting area in which we specialize. Our “founding collection” is always growing–new threads are referred to as our “recent acquisitions.”

Whenever I present the piece publicly, a humorous juxtaposition emerges between this performance of librarianship, and the reality viewers know to be true: in actuality, ​Thread Library​ is operated by just one artist.

These performances, the card catalog entries, and the written correspondence combine to form a ‘grammar’ for Thread Library​. The formality of this ‘grammar of the archive’ contrasts with the sentimental and personal character of the thread collection. Ultimately, ​Thread Library​ claims that the nature of collecting is essentially subjective, even at the level of institutional collection. Furthermore, ​Thread Library​ suggests that materiality should be considered to be within the purview of “information.” Finally, ​Thread Library​ argues that the public library is a habitat where contemporary art can thrive. As the book artist Ulises Carrión claimed, “I believe art as a practice has been superseded by a more complex, more rigorous and richer practice: culture. We’ve reached a privileged historical moment when keeping an archive can be an artwork.” (Quant aux livres,​ page 195)