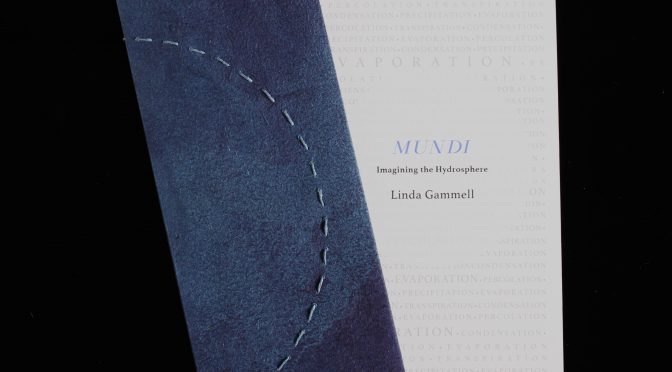 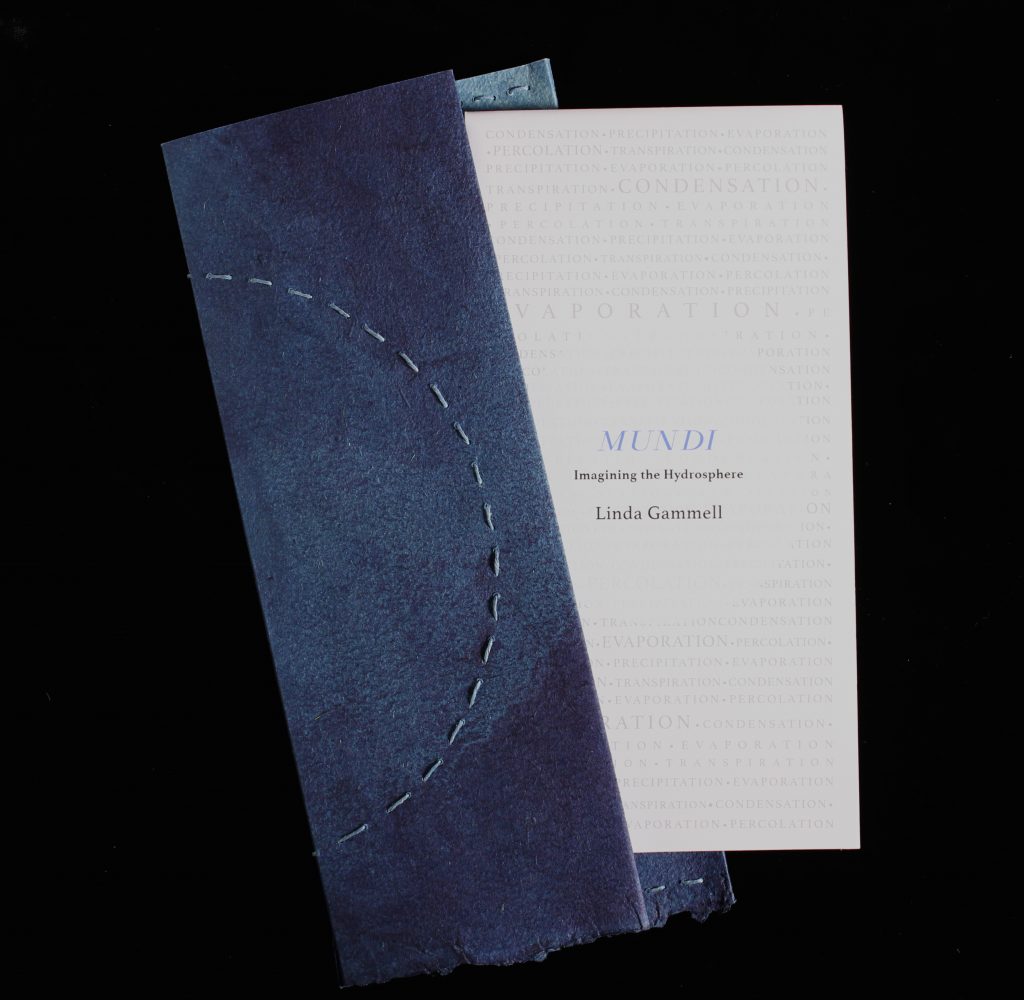 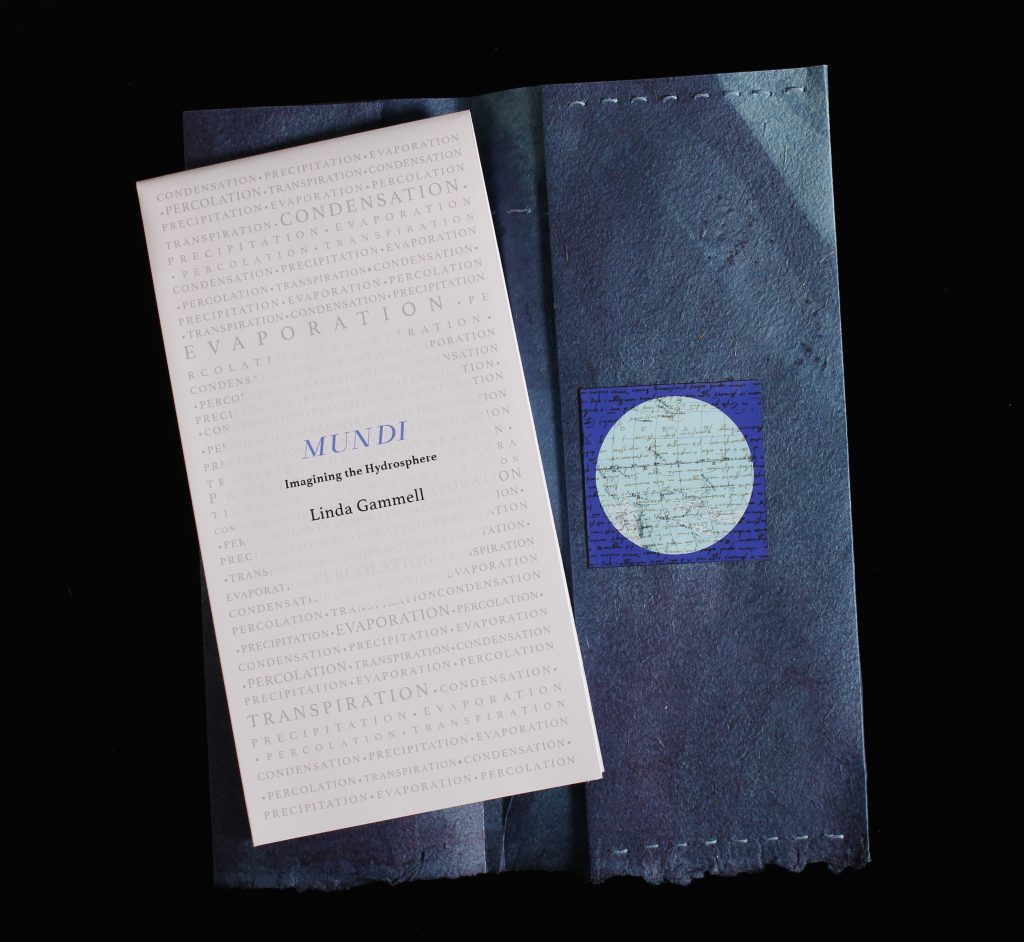 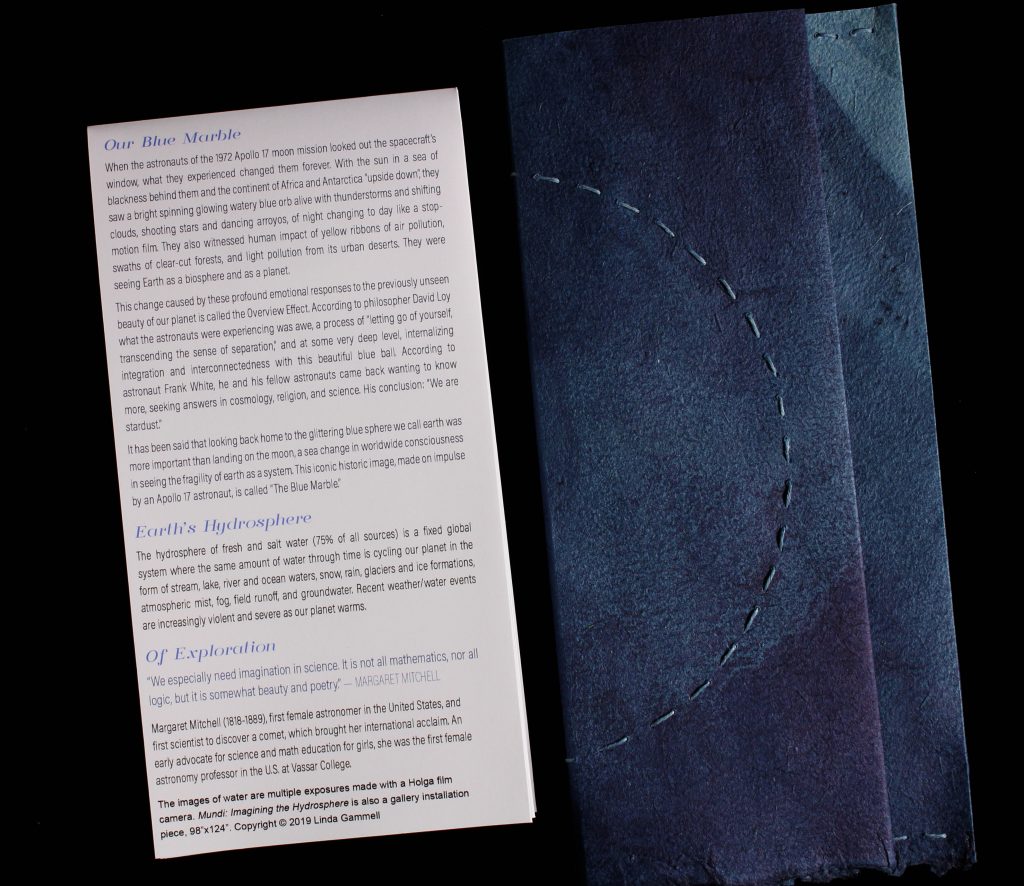 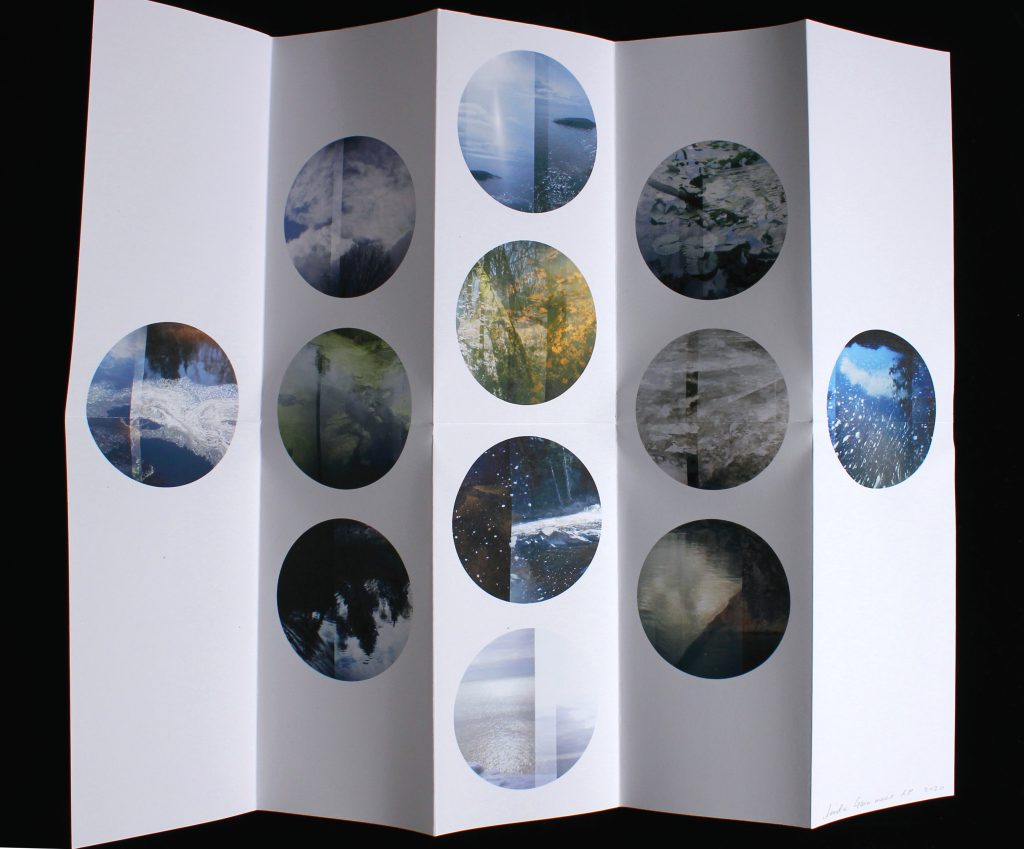 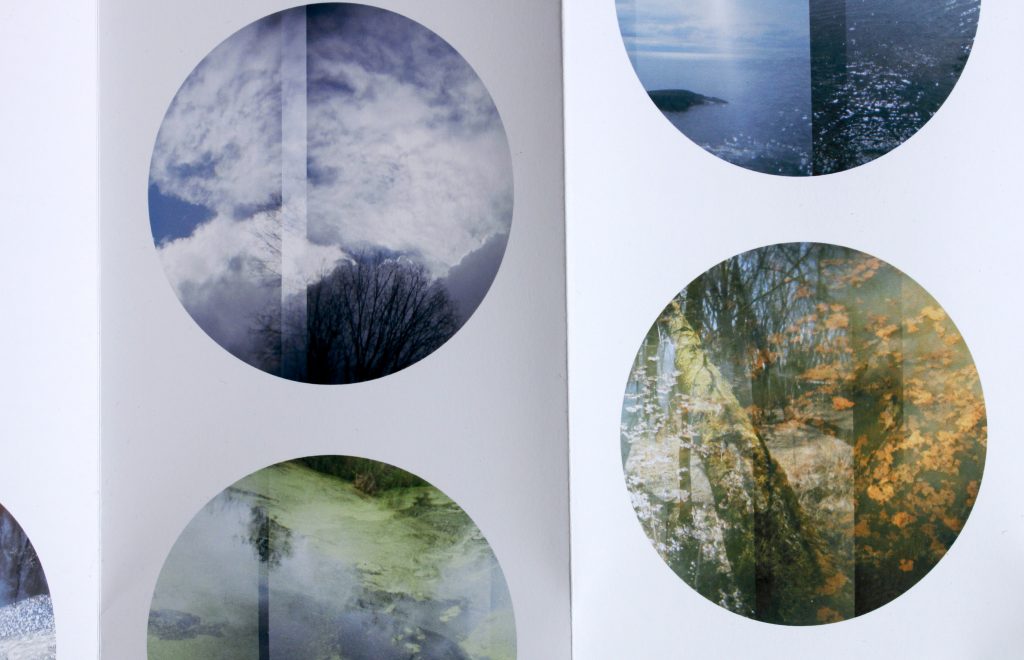 Mundi: Imagining the Hydrosphere is a limited edition (20) map-like book that is an homage to deep engagement in both science and art with imagination and with wonder of our physical world.

In this book the hydrological cycle, on which the earth is dependent for delivering life-giving water, is imagined in a map-like form with twelve watery photographic spheres, images made in wetlands, lakes, rivers in atmospheric states of ice, streaming and rushing water, fog, and clouds, in a configuration that suggests views of earth from space and earth’s revolution throughout the year. The text recounts the story of the Apollo 17 moon mission in 1972 when an astronaut turned back to photograph the beautiful glowing blue planet (subsequently called “The Blue Marble”) that became the powerful sea change symbol of Earth as fragile and interconnected. It concludes with a quote by Maria Mitchell (1818-89), the first woman astronomer in the U.S. and a professor at Vassar College, who helped promote women in science.

A text block of the physical processes of the hydrological cycle encircles the book title. A seal on the folder is an early illustration of of the oceans, with handwriting by Copernicus.

I am an artist who uses photography in artist books, in installations, and in more conventional exhibitions. I am interested in exploring and using knowledge, illustrations, and wisdom from other fields of learning and within various historical frameworks to give small glimpses into the vastly rich experience of the natural world.