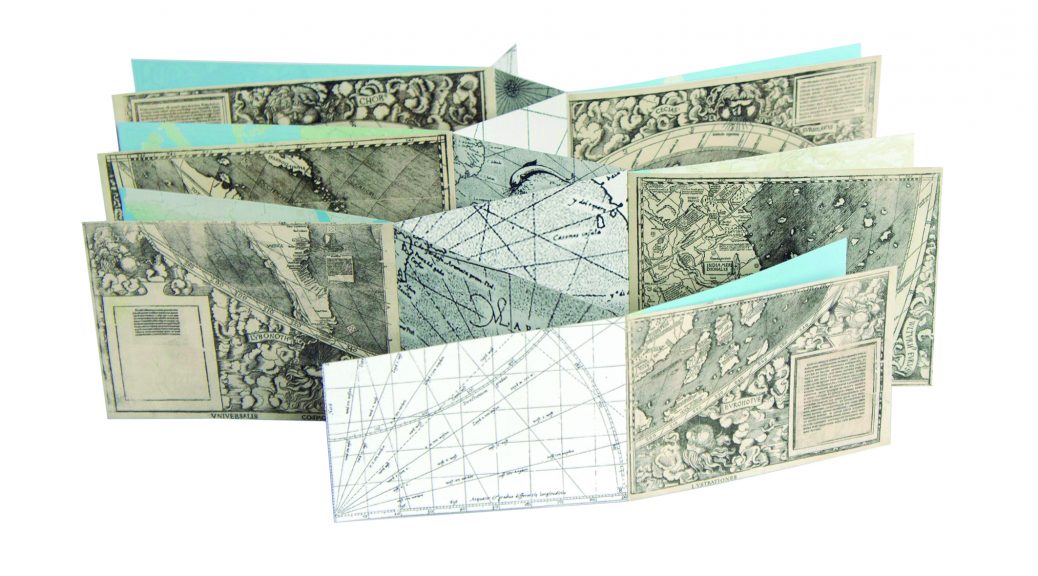 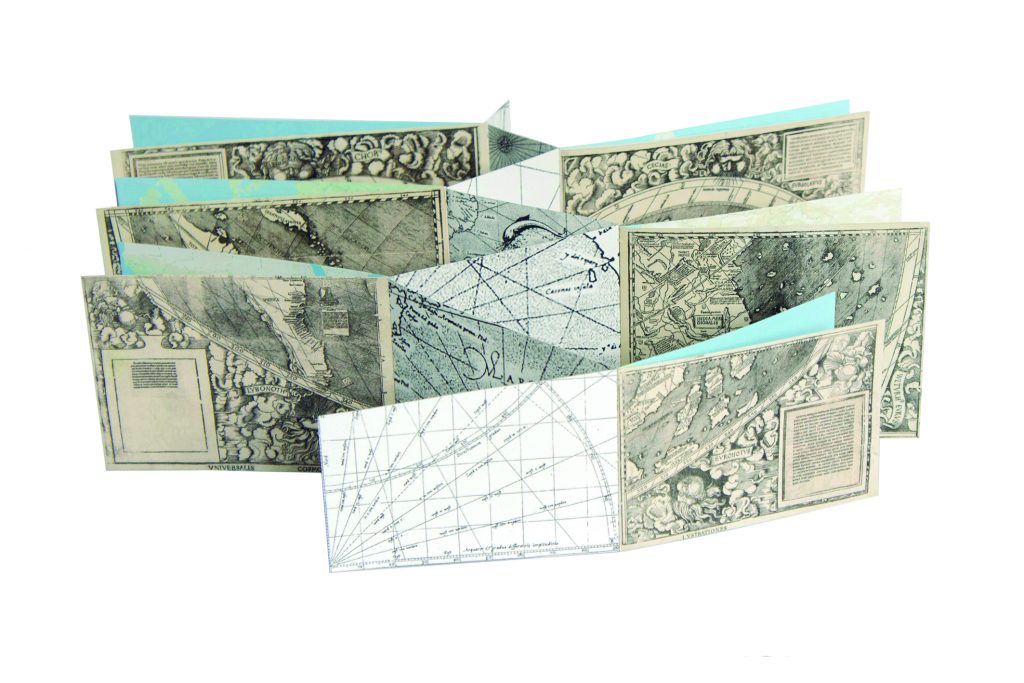 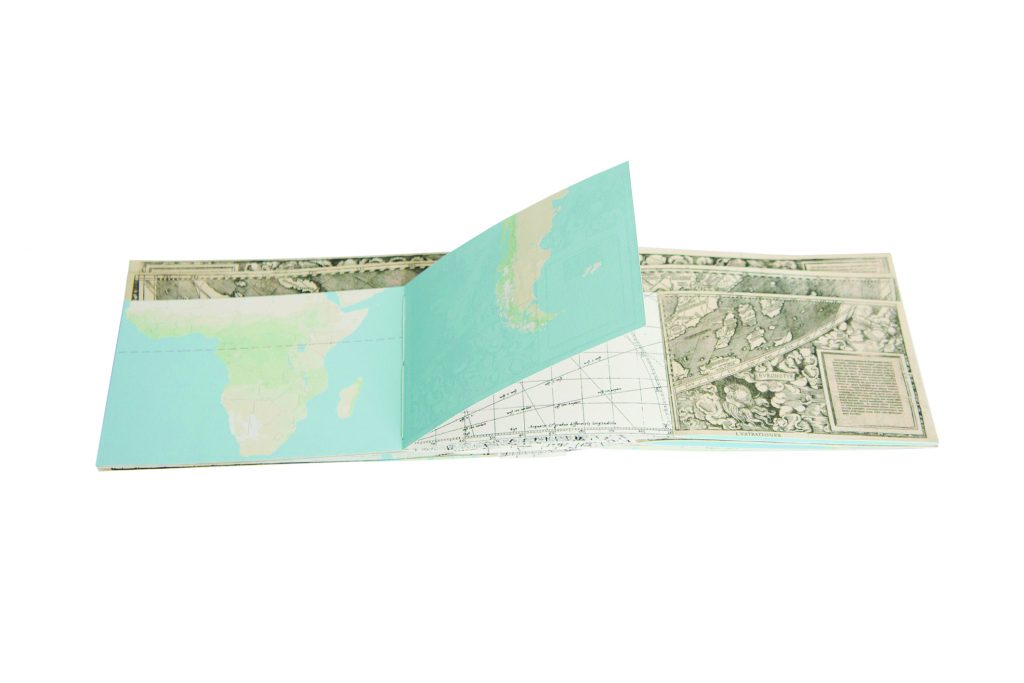 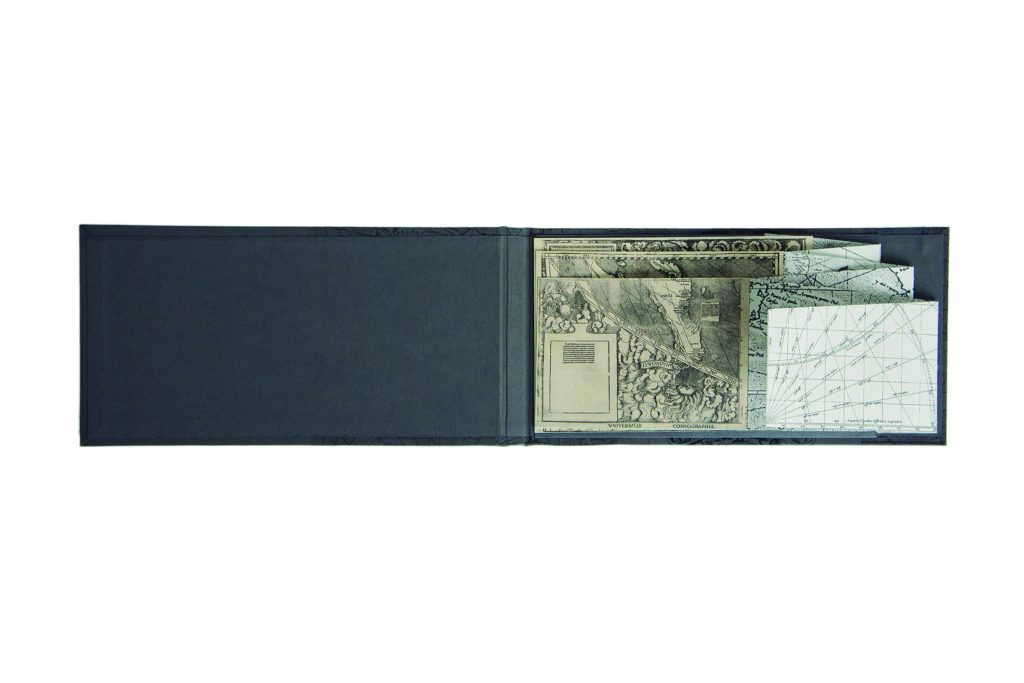 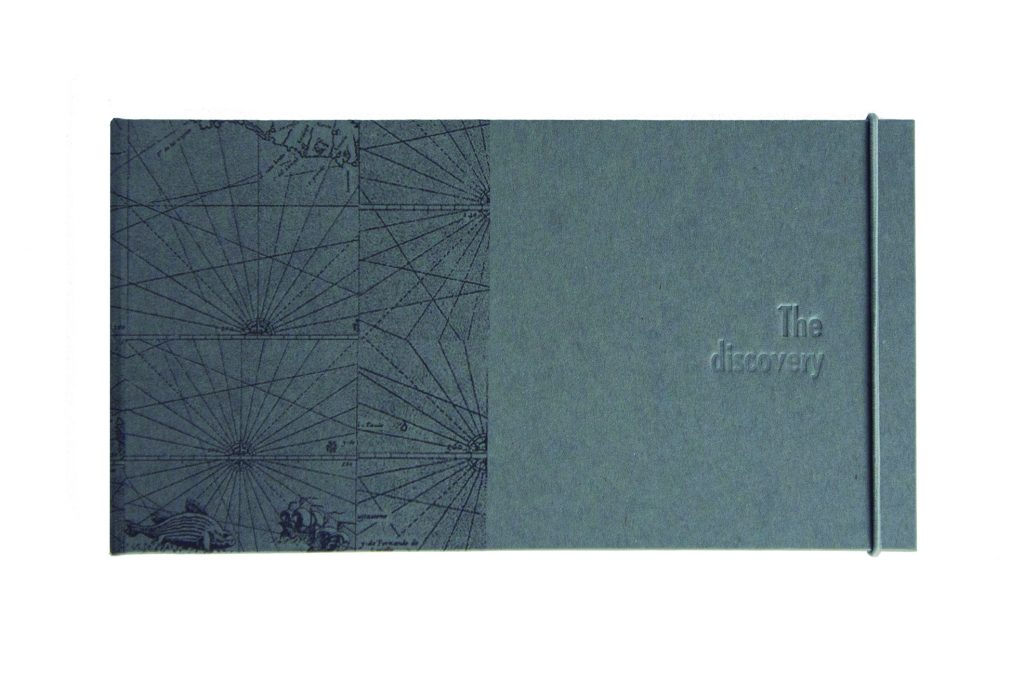 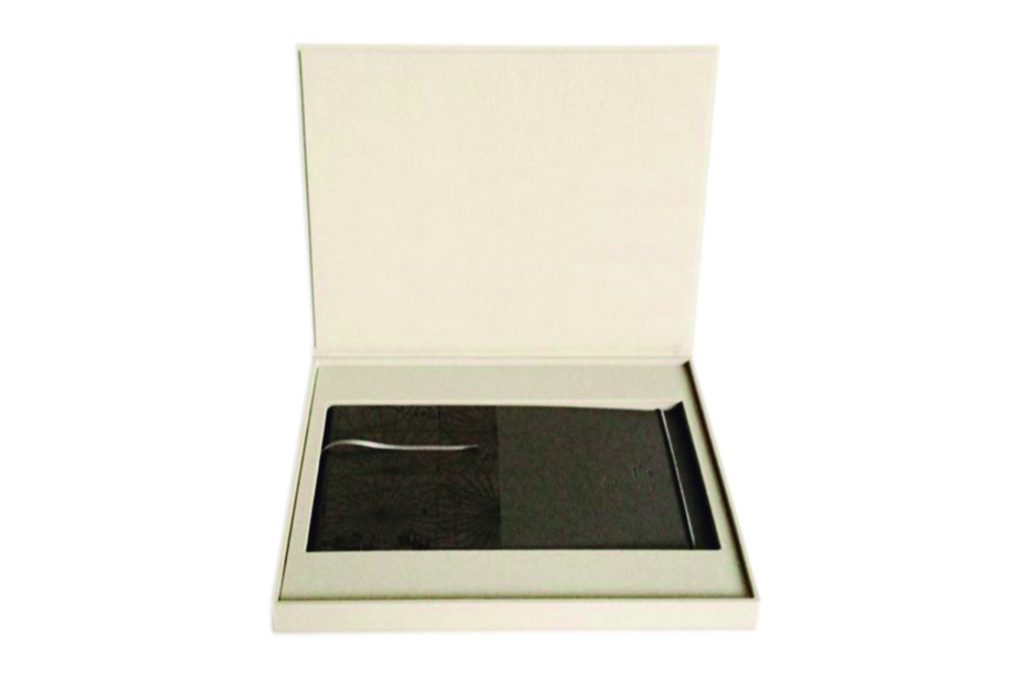 This research looks into the representations and the various interpretations that people may have of a territory through a map, which is a tridimensional space transformed to a bidimensional one. Maps are the graphic representation of how society understands the world. As they have been designed with specific features of their time, new maps are considered accurate and absolute until some new chart comes along. Thanks to the latest digital technology, we can now realize how maps eventually distorted landscape through their representations. I understand books as space, that upon their structure and corporeity acquire three dimensions. Reading, therefore, can be understood as the movement that a reader
performs through the space-book.

This book combines three historically important maps: 1) Waldseemüller’s exploration map (1507), first to name our continent (America), placing it in the “south”; 2) Mercator’s navigation chart (1569), who set a cartographic conception representing Earth’s surface for the first time, in a cylinder; and 3) a current digital satellite map.

Waldseemüller’s map was based on data gathered along Americo Vespucio’s travels to the New World, in 1501-02. In recognition of Vespucio’s idea that a new continent had been discovered, Waldseemüller named those new lands “America”. The map meant a great step for geography, since it changed ever since the European understanding of a three parts world: Europe, Asia and Africa.

In Mercator’s projection, the meridians are equally spaced parallel vertical lines, and the parallels of latitude are horizontal straight lines that are spaced as their distance from the Equator increases. This projection is widely used for navigation charts, because any straight line on a Mercator projection map is a line of constant true bearing that enables a navigator to plot a straight-line course. It is less practical for world maps, however, because the scale is distorted; areas farther away from the Equator appear disproportionately large. On a Mercator projection, for example, the landmass of Greenland appears to be greater than that of the
continent of South America; in actual area, Greenland is smaller than the Arabian Peninsula. Despite such distortion, it has been used as a reference to build digital maps for mobile gadgets.

Analyzing the idea of territory distortion, the book includes four questions for the readers- navigators: 1) Is there a map 100% objective?; 2) Why in a map do we orientate north upwards and south downwards? When using a map, where do I orientate it?; 3) What territory do I place at the center of the map?; 4) Is there a map that correctly represents the world?

In The Discovery, the three maps are shown fragmented. By swapping territories, new satellite maps with antique ones, new non-existing landscapes are created, new territories that exist through the book, and each reader could make its own discovery of the territory.

I believe that books define moments in history. I am interested in using digital printing since it totally represents the modern reproduction processes. Hence, with this artist book I try to
evidence these specific moments in time about the conception of territory in human history.